Three Phases of the Kingdom of God

In Luke, chapter 13, Jesus said, "Be contending to be entering through the cramped gate, that I say to you, many shall be seeking to enter into and shall not prevail."

In this passage, it is more likely that Jesus speaks of gaining entrance into the Kingdom of God rather than being born-again,

as the verse is sandwiched between two descriptions of the Kingdom of God. Just prior to that, Jesus said, "To what shall I compare the Kingdom of God?" And he goes on to describe a bread-making process using an example of fermentation.

He says of the Kingdom of God, "It is to ferment, which a woman getting, hides in three measures of meal till the whole was fermented."

The Kingdom that exists, as this is being written, is through the indwelling presence of the Holy Spirit within all believers. The Bible says, The Kingdom of God is within you. But this is just phase one of the Kingdom. In phase two, we look forward to a physical, global Kingdom.

In phase two, Jesus, the Son of David, at his return, defeats his enemies at the Battle of Armageddon and sits upon the Throne of David to pass judgement over what is left of humanity after the Time of Jacob's Trouble is concluded. Jacob's Trouble is also known as "a Time of Trouble" and corresponds with what many Christians know as the "Great Tribulation." Jesus spoke of this in Matthew 24, and corresponded it with something called the abomination of desolation that would be set up in the Holy of Holies, in Jerusalem.

But there's more! Next, comes phase three, where the fermenting process is completed. The old is passed away, and all things become new. The Eternal Kingdom of God will continue forever in the New Heavens and the New Earth.

The rest of this commentary will focus primarily on the phase two.

Jesus preached the Kingdom of God, and had much to say about the times immediately preceding and following the Time of Jacob's Trouble...and his triumphant and visible return at the Battle of Armageddon.

He went through the cities and villages teaching and journeying towards Jerusalem. As he went, someone asked, "Lord, are there few that be saved?"

Jesus answered and said, "When once the home-owner is roused up from locking the door because you begin to stand outside and to knock at the door saying Lord Lord open unto us He shall answer and say to you I am not acquainted with you from where you are [from]. Then shall you begin to say We have eaten and drunk in your presence and you have taught in our streets. But he shall be declaring, I tell you I am not acquainted [with] you [or] where you are from! Depart from me! Every one of you! Workers of iniquity!

His answer reveals that, in this discourse, our Savior is speaking to those who survive the Great Tribulation [the Time of Jacob's Trouble] but will not be granted entrance into the Kingdom of God. At the Judgement of the Nations, those on the right hand of the King, are told this Kingdom has been prepared for those on the right, who are called the "Sheep." And it has been prepared from the foundation of the world. The Judgement of the Nations will take place on earth after Jesus returns in power and great glory.

This last is nothing else but a description of the Marriage Supper of the Lamb and his Bride.

Jesus continues saying, "And behold there are last which shall be first and there are first which shall be last." I believe this may be a reference to the seating order at the Wedding Feast, which will also take place on earth, after Christ's return with his Bride, the Lamb's wife...Just some food for thought.

Are we looking up? Our redemption draws near.

Right now, the invitation to attend the wedding as the Bride, is still open. Accept that invitation, continue in the faith, and we have assurance that we will never hear those dreadful words applied to us. Accept the invitation, and we need not fear being counted among those who will hear "Depart from me you worker of iniquity! I was never acquainted with you, or with where you are from!" 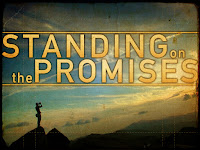 Jesus had much to say about spiritual warfare, and in Luke 11:20-22, he gave incredible insight into the nature of it.

Jesus compares our persons to homes that must be guarded. And he compares our health and well-being to spiritual, mental, emotional, and physical property, that needs to be protected from powerful spiritual beings who are hell-bent on stealing all our “stuff.”

He said the “courtyards,” the perimeters, the outer entrances to our “homes” must be carefully guarded. In other passages, Jesus tells us the courtyards/outer entrances to our persons are the eyes and ears of our understanding. He said to keep our spiritual eyes clear, so our physical bodies could be full of light. He admonished us to open our ears of understanding to receive a love of the truth. He said it isn’t physical food or washing/neglecting to wash hands that corrupt or make a person unclean, but rather it is what we feed our spirits that corrupts or cleans.

Jesus said the enemy of our souls is powerful, and he incessantly plots against us. He spoke of spiritual beings who will form alliances against us. They will come against us with overwhelming force, if possible, or with a prolonged siege—whatever it takes.

Since that is the case, how far are we willing to go in order to serve the Lord our God with all our hearts, minds, and strength? Are we willing to do whatever it takes to protect ourselves and our loved ones from spiritual enemies intent on destroying us, in any way they can? The Bible says the righteous are blessed...and their children. Think about that. The very best gift we can give our children and grandchildren, is to be a righteous parent. The seed of the righteous is blessed.

Our eternal victory begins and ends with having a saving knowledge of Jesus. Have you been born again since you believed? Remember, even the devils believe, and as powerful as the Bible says they are, they tremble.

If we only grab hold of only one promise, and spend a lifetime learning how to walk in it, then we will experience victory after victory, both in the spirit and in the natural. That promise is found in Proverbs 3:6, where it says, "In all your ways acknowledge him And he SHALL direct thy paths."

When God directs our paths, his perfect will always unfold in our lives. Do we always find his perfect will a pleasant experience? Not always. What about when we stray from God's perfect will? The Bible says, "All things work together for good to those who love the LORD and are called according to his purpose. So whether we are please at the moment with God's will or whether we have strayed from it, we are assured that God will make it work for good if we commit our all to him and allow him to.

In 3 John, verse :3, is God’s expressed will that we prosper and be in health, even as our souls prosper.

Developing the habit of reading our Bibles every day, always picking up today where we left off yesterday, will help us to understand and walk in the Proverbs 3:6 promise and 3rd John blessing. Believing that promise and walking in it, is vital to living victorious lives in Christ, waging successful spiritual warfare, and experiencing the peaceful assurance that we can indeed be in the center of God’s will.