What is Chrysalis?
Chrysalis is the youth and young adult version of its parent movement, Walk to Emmaus. Chrysalis walks (or retreats) are called “flights” for 10th through 12th graders and “journeys” for young adults ages 19 through 24. Participants in the 72-hour retreats must be sponsored by alumni of previous retreats.
Walk to Emmaus is an adaptation of a Roman Catholic movement, Cursillo de Cristianidad, which means "little course in Christianity." This movement, designed to empower persons to “Christianize their environment,” originated in Spain in 1948.
During the 1960’s and 1970’s Episcopalians, Lutherans and several non-denominational groups offered Cursillo. The first Cursillo weekend in the Episcopal Church was conducted in the early 1960's with help from Roman Catholic sponsors in the Diocese of Iowa. The doctrine taught in Cursillo was traditional Catholicism. In 1978, The Upper Room, which is the Spiritual Formation unit of the General Board of Discipleship of the United Methodist Church, adapted the program for a primarily Protestant audience and began to offer it under the name The Upper Room Cursillo. The name was later changed to the more ecumenical Upper Room Walk to Emmaus.
The Upper Room of the General Board of Discipleship of the United Methodist Church sponsors both Chrysalis and Walk to Emmaus and offers them through local Emmaus groups around the world. Although connected through The Upper Room to The United Methodist Church, The Walk to Emmaus is ecumenical.
Most Christians believe the ecumenical movement is simply a movement for more unity among believers. That is not the case. The ecumenical movement was spawned in the Vatican with the express purpose of returning the separated brethren (Protestants) to the Roman Catholic fold. Walk to Emmaus and Chrysalis groups contribute to this purpose by introducing protestant believers to spiritual disciplines which include meditation techniques that have been, until more recent times, uniquely eastern and Roman Catholic in nature.
Before leaving for home, participants in the Chrysalis and Walk to Emmaus three-day retreats are introduced to the concept of the Fourth Day. Fourth Day living includes follow-up with ongoing small group get-togethers and resources that Upper Room Spiritual Directors hope will continue to provide “spiritual guidance and nurture” to Chrysalis and Walk to Emmaus initiates. Recommended resources include authors who are Roman Catholic mystics such as St. Teresa of Avila and the Desert Fathers who are the Fathers of Contemplative Prayer. Books by Evelyn Underhill are also recommended as nurturing and guiding resources. Underhill was an Anglican mystic who believed that mysticism (meditation/contemplative prayer also known as “The Silence”) was the vehicle in which all religions could come into contact with the "Absolute" (God) however one perceived him to be—clearly not a concept found in scripture nor compatible with the exclusive gospel of Jesus Christ as the only way to the Father and to eternal life.
All denominations are participating in Walk to Emmaus retreats. Some participants leave them claiming to be completely renewed, committed to Christ and on a spiritual high. It is difficult to argue with such lofty concepts as Emmaus walk initiates are encouraged to pursue—concepts such as piety (giving our hearts to Christ), study (giving our minds to Christ), and action (giving our hands to Christ). But we must remember that Satan can and does appear as an angel of light. His ministers masquerade as ministers of righteousness.
It is the opinion of this writer, that Chrysalis and Emmaus Walk spiritual renewal retreats are a potent blend of rat poison. Rat poison is 98-99% good stuff. And the higher the percentage of good stuff the poison contains the more of it the rats are likely to ingest. But in the end, it doesn’t matter how good the good stuff is, it’s that tiny 1% of bad stuff that kills the rat.

Read this book for more information on movements promoting contemplative spirituality and what its leaders have to say about Bible believing Christians. 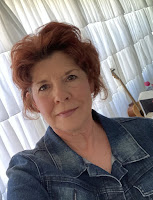 Just read your comments on the Walk to Emmaus. About 15 years ago I attended a Chrysalis flight. I remained active in my community, and saw it do a lot of good.

However, I've also seen the rat poison effect. I'm a United Methodist, and I work at a United Methodist Camp. Our (now former) Director was very active in the Emmaus and Chrysalis community, which admittedly is how I got into camping ministry. His theology became very wacky and strange, and after awhile it seemed his express purpose was to take down the UMC in favor of his own twisted idea of who God is.

I've also seen chuches in the area torn apart by those "in" the club of people who have attended Emmaus. I used to really love the movement, but after seeing the damage that it can do, I cannot, with a clean conscience, support this tragedy of a movement.

Can you tell me exactly what happens at chrysalis? My mom signed me up to go (this weekend) but nobody I know who has gone will tell me. Thanks!