In Kyoto, Japan there is an interesting shrine.  It is called the Temple of the Thousand Buddhas.  Inside, worshipers see over 1000 images of Buddha, each with different characteristics.  Those who enter can pick and choose which they like the best.  They often try to find a Buddha whose likeness most resembles them.  They then bow before it in worship.  What is interesting is that Japan is not the only place that custom makes gods to the liking of worshipers.  Our land is now a place where people emphasize the characteristics of God that meet the “quick fix” need of the moment.
Women in our culture like to get “make-overs”   A new wardrobe, new hair style, and new make-up, can help us with our self-image.  We age, and with age comes change that happens almost daily.  We do need to find ways to improve our appearance.  However, for some time now there has been a movement to make God look more glamorous and appealing to modern worshipers.  In an effort to give God a make-over humans have forgotten that God is ageless and changeless.  At the expense of reverence for His sovereignty, we have made God into a comfortable pal, a “user-friendly” God who resembles us in so many ways.  Our worship services resemble nights out at a club.  The music is infused with ancient pagan mysticism, not the least of which is chanting a few vapid phrases over and over, which the Bible has instructed against.
Modern worshipers want a God that can be understood.  They want the latest “designer” God that will be predictable and controllable.  People these days want a deity that is custom-made to suit individual needs and circumstances.   They want a God that will agree with their choices and desires, no matter what Scripture says about those choices and desires.  They want to pick and choose what they believe, instead of taking the whole counsel of God.   They want to make God in their own image. The modern worshipers have done what the great atheist Voltaire said, “God made man in His image, then man returned the favor.”
God is no longer seen as He is: a God of mercy and love, but also a God of justice.  God is seen as a big grandfather in the sky, who loves everyone just like they are.  While He does love us like we are, He loves us enough to offer the means for us to be re-made according to His character and His likeness.   In our post-modern world, good is called evil and evil is called good.  The modern deity is one of chaos and not order, hatred and not love, blame and not repentance.   The “love” of the modern deity fails to warn of reckless behavior that leads to destruction.  The modern deity will leave one to their own devices.   The true God warns and corrects because it is the loving thing to do.   Let me remind you of this one central truth:  It is God that changes us—not the other way around. 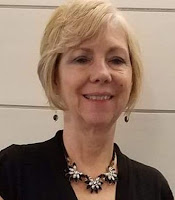