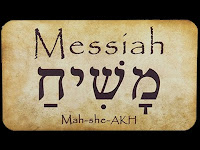 But, if we are heirs of Eternal Life through faith in the Risen Son of God, then we are not only Saved but we are BLOOD relations of every other Born Again Christian.

As in virtually every family, there is never a 100% consensus on everything. So it is with the Body of Christ.

In this post, we address the subject of how Christians can handle theological differences in general, and more specifically will deal with issues between, non-Jewish Christians who choose to become Torah observant [a form of Christian Judaism] and those who do not.

This is not an argument against Torah groups nor is it a refutation of the doctrine. Rather, an observation of some disturbing trends seen within such groups. We encourage all true Believers towards edifying theological discussion without rejecting our familial [in Christ] relationship.

As touching Bible study, one scholar astutely observed, "Without disagreement, there would be no teaching ministry in the Body of Christ."

What an encouragement to use our differing views, not as sticking points, or points of contention, but rather as springboards into broader study and discussion of the many fascinating topics found in scripture. This can only sharpen understanding of our fathomless, incomprehensible, and awe-inspiring Creator!

Every group tends to feel their group has it more right than other groups. That is simply human nature--fallen nature. There are disturbing trends in all groups, but following are a few found in many observant groups. These are found in other groups as well, and, without compromising faith or obedience to the Word of God, we feel they can be rejected by any who hold to them.

Intolerance of Christians who are not Torah observant: Some Christian Judaism groups [not all] reject non-observant members of the Body of Christ to some degree or other and sometimes altogether.

Anti-Semitism: It seems oxymoronic that antisemitism would rear its ugly head in a Torah Observant [Christian Judaism] group, but that is a common trend. We do not see overt antisemitism in the form of Jew hatred like the Nazi's, but rather in the form of replacement theology.

The Vatican was first to espouse replacement theology, which is the teaching that many of God's as yet unfulfilled promises to physical Israel, applied exclusively to the Roman Catholic Church. Some protestant Christians, specifically those of Reformed Calvinists groups and groups who teach Dominion theology also espouse the doctrine that The Church is Israel and that physical Israel is no longer featured in God's plan or promises.

Replacement theology takes Bible statements out of their broad explicit and implied contexts to extrapolate them into such a narrow context, that the only possible interpretation would be to allegorize the plain text while obscuring subtext. To be sure, there are allegories in scripture along with subtext. When rightly discerned, neither negates the other. And a single passage can contain the literal, figurative, symbolic, allegorical, plain text, and subtext without contradiction.

That is one of the joys of Bible study. It is the glory of kings to seek out a matter...Selah

The Body of Christ, the Ekklesia, is the Israel of God, but there is no verse or passage in the Bible that supports the Church replacing physical Israel--only being grafted into the root and enjoying the common wealth of Jacob [physical Israel]. Many scriptural commands and promises were made to physical Israel only.

Denying the Old and New Covenants: When adopting Christian Judaism, the two Covenants appear to be a stumbling block, to the point where some deny two covenants exist. And this despite the fact that Jesus said they do.

At the last Passover before his crucifixion, Jesus declared the New Covenant [Testament]:

"And he took the cup and gave thanks and gave it to them saying Drink ye all of it For this is my blood of the new testament [covenant] which is shed for many for the remission of sins"  Matthew 26:27-28

Galatians 4:21-24 distinguishes between the two covenants.

There will never be theological uniformity among Believers. Nor should there be, else the practice of our faith would be rote and all our works dead. But among us, there should be genuine love and unity. Jesus said they will know us by our fruits. He also said we would be known for our love for one another.

How can widely diverse Believers practice love and unity?  Individual Believers can recognize each other as being part of the same body. We can acknowledge that we are all living stones in God's building. God's building is built without hands, and Jesus is the Capstone (the Chief Angle) of that building.

As part of God's building, all the rest of us are connected to one another through HIM. Jesus' building has been in continuous construction since he called his first disciple...Selah

The Spirit of the LORD [YHWH], speaking through the prophets, used a building metaphor, “corner,” in reference to the headship of Christ the Head [kephale] of the Corner [Chief Cornerstone]. Jesus himself also spoke of this.

It behooves all Christ followers to understand this, as it is the Christian Savior, the Jewish Messiah, who is the kephale of the corner.

The Middle Eastern believers of the early church understood perfectly the meaning of the word cornerstone. It is only the modern day English reader who usually does not.

When a building metaphor is used explaining that Messiah is the kephale of the corner, it means that Christ is the Chief Cornerstone in a building.

The word “corner” (in this case) means angle. The Strong’s Greek Lexicon defines the word translated as corner (G1137) as, “an external or internal angle or corner…”

Most buildings have corners (angles), but there is only one structure on earth that can lay claim to having a primary angle (which the Bible calls the head [kephale] of the corner). And within that singular and unique structure, there can be only one primary angle.

The primary angle (head of the corner) is an angle that links directly with every other angle within the structure. That means every angle within said structure must originate and flow from a single angle.That single angle is the chief angle--the chief cornerstone. This is not a concept. It is a structural fact of engineering that is critical to every believer in understanding the relationship between Christ and every other member of His Body.

The Church [Ekklesia] is the Body of Christ. And the Church of the Living God is scripturally described [among other things] as being a building.

1 Corinthians 3:9 says, “For we are laborers together with God you are God's field, God's building.”

The Church of Christ is built of living stones[1] with Jesus Himself being the primary angle--The Chief Cornerstone.[2]

The ancient Egyptians, however—along with their Hebrew slaves—knew exactly what a chief cornerstone was. They were experts at building structures in which, from the the foundation up, every angle (cornerstone) in the building flowed in a continuous connection with final angle, placed at the uppermost tip, the primary angle, the chief cornerstone.

A primary angle is a capstone, and there is only one structure in the world that has a place and need for a capstone—and that is a pyramid.

A pyramid is a foursquare structure[3] whose many angles (corners, cornerstones) flow upward to finally connect in a direct, unbroken, line to only one stone which sports four corners that unite the entire structure into a one-of-a-kind unity found nowhere else on earth.

In Christ’s building—His Church—the relationship of cornerstones to capstone is identical, but the sequence is reversed. The foundation of God’s Church is laid at the top, with the primary angle, the capstone (chief cornerstone)—who is Christ himself—being laid first.

God’s building is built from the top down, with each successive stone united directly with Christ,[4] who is the life of the entire building—which is His body.[5]

The uniting factor between each member of Christ’s body and their God is Christ Himself who forms a living fellowship between himself and all believers in a personal, individual, way. This is made possible by the indwelling of the Holy Spirit—not by any man-made organization, theology, or hierarchy.

Jesus Christ is the kephale (Head) of the Corner in the Church of the Living God. In Him we live and move and have our being.[6]    In Him, Believers are connected to God and to each other.

The Church of Jesus Christ has many cornerstones, and we may not all agree theologically beyond the fact that for God so loved the world that he gave his only begotten Son that whosoever believes on Him will have everlasting life.

Beyond that, we must strive for the unity of the Spirit...which never includes uniformity of every nuance of doctrine.  So we'd better figure out how to accept as brethren true believers who hold to various theological perspectives we may not.

[1] 1 Peter 2:4-6, “To whom coming as unto a living stone rejected indeed of men but chosen of God and precious You also as lively stones are built up a spiritual house an holy priesthood to offer up spiritual sacrifices acceptable to God by Jesus Christ Wherefore also it is contained in the scripture Behold I lay in Sion a chief corner stone elect precious and they that believe on him shall not be confounded.”

[2] Isaiah 21:16 “Therefore thus says the Lord GOD Behold I lay in Zion for a foundation a stone a tried stone a precious corner stone…”

[4] 1 Timothy 2:5 only one mediator between God and all people. Every stone in God’s building is connected directly to Christ himself—not to someone else who mediates for us by connecting us to Christ.

If you found this helpful please share and like. Questions and comments are welcome. Leave them in the comment section below.
Posted by Jocelyn Andersen at 9:08:00 AM