How Could God Steal His Own Identity? 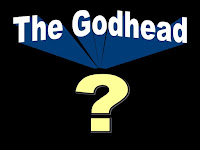 The Bible says, “…Look not everyone to themselves [only] but each also [to] the others [and] Let this mind be in you which was also in Christ Jesus, who existing in the [physical] form of God deemed it not ill-gotten-gain to be equal with God.”

Paul wrote that All the fullness of the Godhead (every bit of it) dwelled in Jesus in physical form. One cannot steal what one already owns. One’s own identity, cannot be considered stolen property.
The Greek word, translated as “robbery,” in Colossians chapter two, is the noun harpagmos. A noun is a person, place, or “thing.” Curiously, though, in Philippians chapter two, translators consistently render, harpagmos, as a verb—an action word: e.g., something “to be grasped at” (action), or “robbery” (action) rather than the already existing thing (noun) that it is.
Jesus, rightly, does not consider his intrinsic equality and existence as himself [Yahweh] to be ill-gotten-gain [harpagmos, a noun], because there is no hierarchy within the Eternal Godhead.
Equality as God and with God is, and always has been, intrinsically his --John 1:1, Isaiah 9:6.

In the beginning was the Word, and the Word was with God, and the Word was God. This is not something Jesus acquired at some point in his existence. It is simply who he is. Paul wrote that all the fullness (the absolute entirety) of the Godhead resides in Jesus in physical form.
Jesus is God, and God never changes. The Godhead never changes. At no time, did the WORD, Jesus, ever give up his eternal existence and identity as Yahweh, the I AM of the Burning Bush—not even when he entered the kosmos as a human.

Jocelyn Andersen is founder and Pastor of Hungry Hearts Ministries since 1992 HungryHeartsMinistries.faith

She is author of several books, including the short but powerful booklet entitled, Jesus, God of the Burning Bush: Eternal Father & Beloved Son.